Scary Sale from Boy Butter for Halloween only

A 1 day treat for a trick on Halloween,
enter coupon: SCARY
10% off any order on www.shoplube.com
(expires Nov 1st)
Have a safe and fun Halloween! 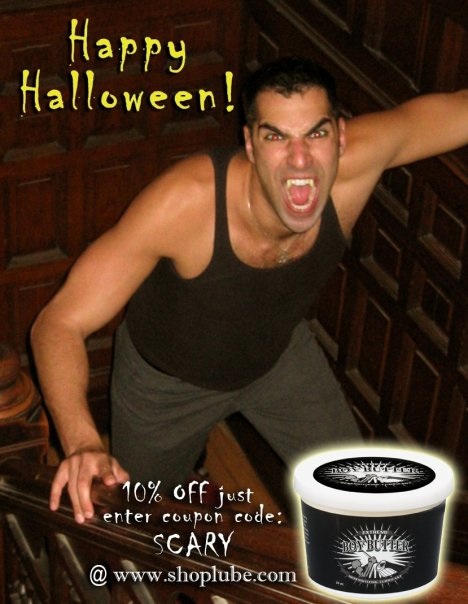 Posted by Eyal Feldman at 3:23 PM No comments:

A few photos of my Kauai paradise

It has been two days since I arrived on the island paradise of Kauai, the garden island of Hawaii. Here are some photos of where I'm staying and some of the sites I've seen thus far. Tomorrow my beautiful man, Brendan will be joining me. Can you think of a better place to train for my Kamanawana Marathon Swim next week? If Heaven had a zip code, it would be 96756 :  ) 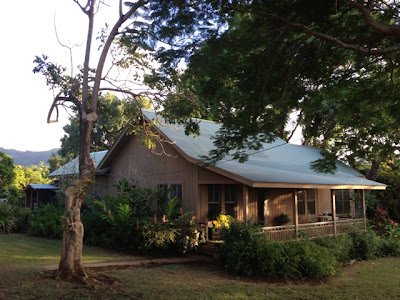 The house in Koloa owned by Robert Schleck,
a dear friend of mine who has lived here since 1969. 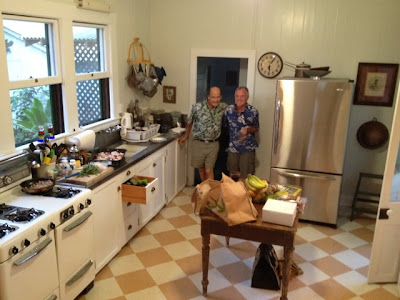 Robert Schleck (left) and Robert Noble, my two good friends
who host me and take the best care of me. 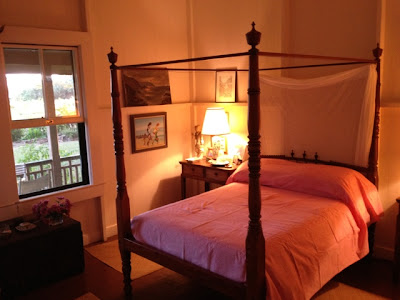 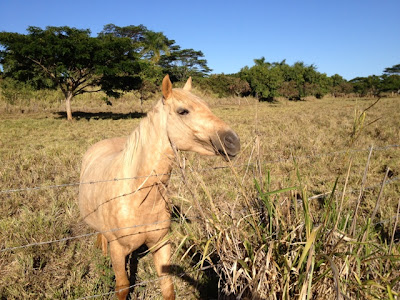 The horse across the street, looks like Africa a little. 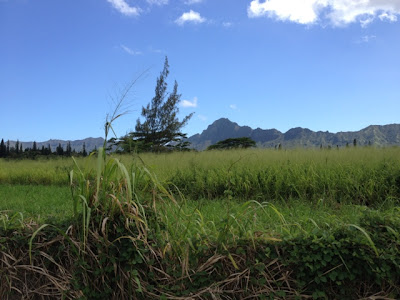 Scenery to die for. 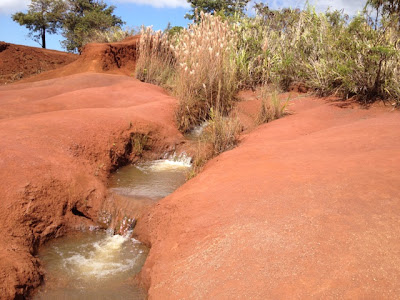 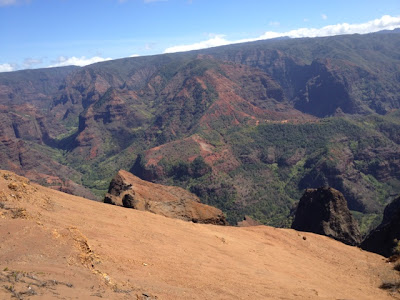 Waimea, Grand Canyon of the Pacific 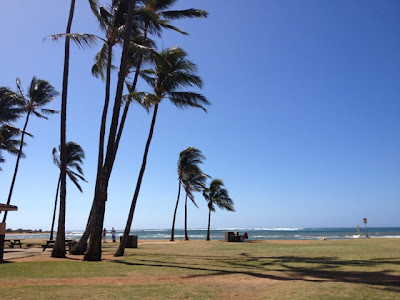 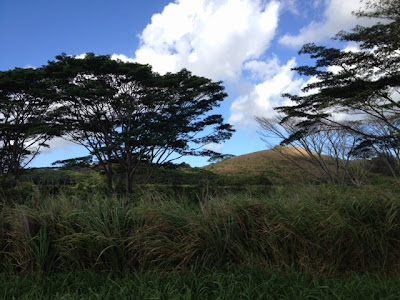 Some more greenery for the soul 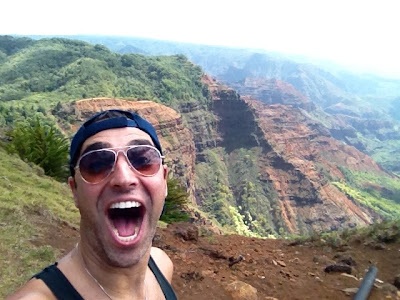 This is how much fun I am having.
Posted by Eyal Feldman at 12:45 PM No comments:

A Kamanawana Marathon Swim Update and why I swim for LGBT Elders. 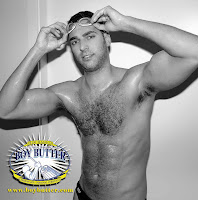 In a society that is so youth obsessed it is important to bring attention to the needs of the elderly among. Some of the ways I combat this issue is through regular volunteer work and through marathon swimming for charity. Every year I conduct a marathon swim across some body of water around the world to raise money for SAGE, an LGBT elders organization. On Nov, 1st my fifth annual marathon swim for charity this year will be swimming an 8-mile (13K) non-stop, lone swim from the islands of Maui to Lanai and it is called, Kamanawana Marathon Swim.

Update: On October, 22nd 2012 I arrive in Kauai, Hawaii to begin rigorous long distance open ocean swim training. I am proud to announce that thus far we have raised $6,300 out of a $10,000 goal for Kamanawana Marathon Swim for SAGE. We are so close to achieving that goal and with 10 days left I could really use the help of those who have not yet donated, and for those that have, thank you so much and continue to spread the word. Please consider sponsoring my swim with a donation of at least $30 or more.

Every donation is eligible for a tax deduction.  Donate securely online today!

A special thanks to Margaret Jacob, a SAGE Investors Circle donor and Professor of History at UCLA, for making a $5,000 matching gift to my Kamanawana Swim! We're almost there and I need your help to support LGBT older adults around the country!

Posted by Eyal Feldman at 2:54 PM No comments:

She is mean lean and the queen of green, Hedda Lettuce,
hilarious NYC drag queen songstress and comic.
Every Thursday night at 7 pm Hedda Lettuce
hosts classic great movies. Check out these videos from Oct, 18th 2012

Posted by Eyal Feldman at 10:16 PM No comments:

To Autumn by William Blake 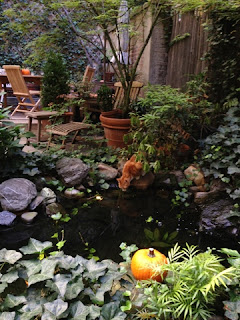 O Autumn, laden with fruit, and stained
with the blood of the grape, pass not, but sit.
Beneath my shady roof; there thou may'st rest,
And tune thy jolly voice to my fresh pipe,
And all the daughters of the year shall dance!
Sing now the lusty song of fruits and flowers.

The narrow bud opens her beauties to
The sun, and love runs in her thrilling veins;
Blossoms hang round the brows of Morning, and
flourish down the bright cheek of modest Eve,
Till clust'ring Summer breaks forth into singing,
and feather'd clouds strew flowers round her head.
The spirits of the air live on the smells
Of fruit; and Joy, with pinions light, roves round
The gardens, or sits singing in the trees.
Thus sang the jolly Autumn as he sat;
Then rose, girded himself, and o'er the bleak
Hills fled from our sight; but left his golden load.

Posted by Eyal Feldman at 12:56 PM No comments:

Listen to my Oct. 7th interview on The Steve Yuhas Show of KOGO Radio of San Diego, CA. We talk about my 8 mile lone charity marathon swim, Kamanawana Marathon Swim from Maui to Lanai for SAGE (Services and Advocacy for Gay, Lesbian, Bisexual and Transgender Elders). Steve and I speak about shifting the focus away from a youth centered society to the needs of the elderly and how we all need to act like a community and help each other out when we most need it.

Posted by Eyal Feldman at 2:19 PM No comments:

Boy Butter spotted at Walgreens next to Wisconsin Capitol Building in Madison. 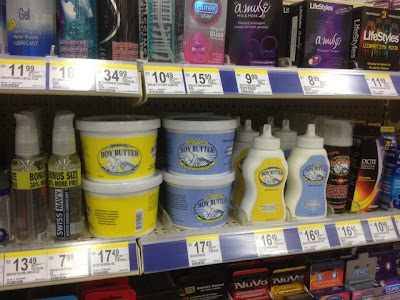 Thanks to my trusty and loyal Boy Butter supporters, Beth Clark and Jeanie (who always stop by my Boy Butter booth at Intl. Mr. Leather in Chicago) spotted at Walgreens next to Wisconsin Capitol building in Madison.

Stars in our own right

Hanging with my nephews, Nathaniel, Gabriel and Michael and all are stars to me and every time we hang out with have the best time. 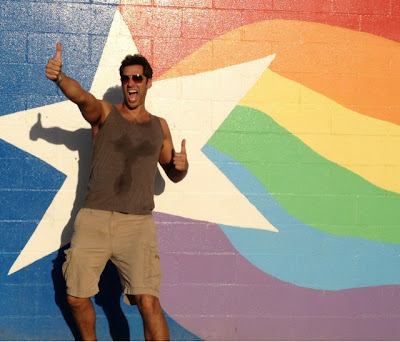 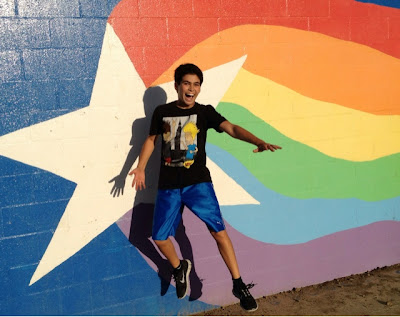 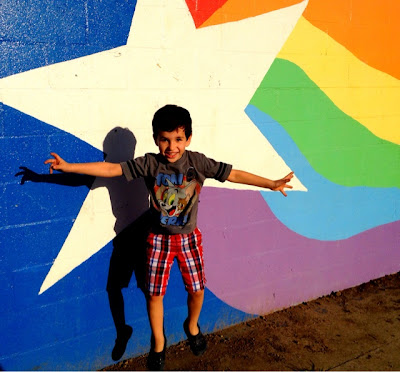 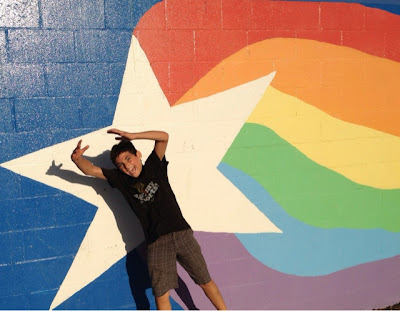 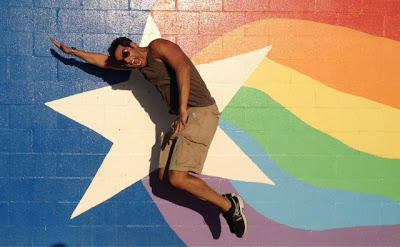 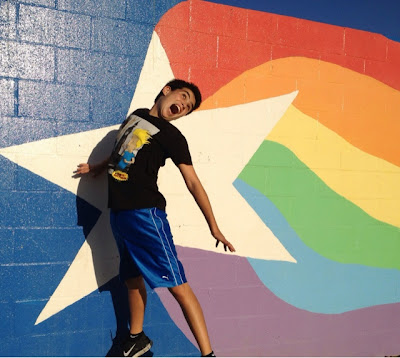 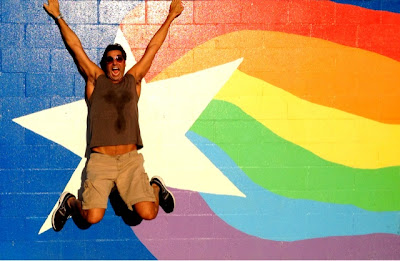 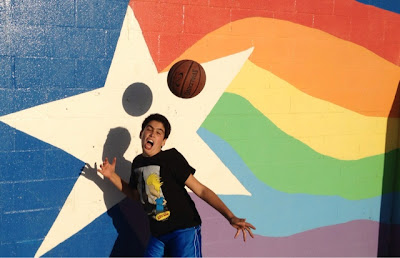 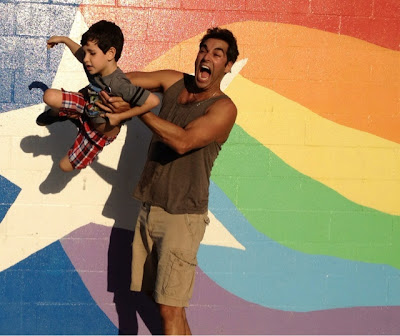 Posted by Eyal Feldman at 10:39 AM No comments:


MSNBC’s Chris Matthews on Wednesday had one major question after the debate: “Where was Obama tonight?”
Matthews — who said Wednesday night's showdown “wasn’t an MSNBC debate, was it?” because it didn’t mention the “key fighting points of this campaign" — blasted Obama’s debate performance, saying he went into the night “disarmed.” What Romney was doing tonight, unlike Obama, was "winning," Matthews also described Obama’s debate performance as “like, ‘I’ll wait an hour and a half, I think I can get through this thing. I don’t even look at this guy.' Whereas Romney — I loved the split screen, staring at Obama, addressing him, like the prey. He did it just right. I'm coming at an incumbent. I've got to beat him. You gotta beat the champ, and I’m gonna beat him tonight. And I don't care what this guy moderator, whatever he thinks he is, because I'm going to ignore him. What was Romney doing? He was winning.”

Posted by Eyal Feldman at 10:28 PM No comments: 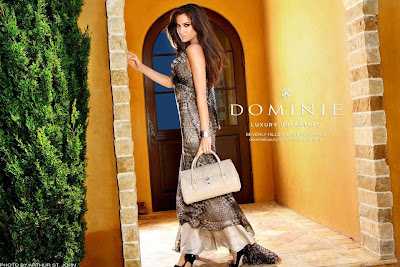 My super model sister, Donna Feldman, is setting the luxury handbag market on fire with her newest luxury handbag campaign for Dominie out now... photo by Arthur St John, hair by Traci Garrett,makeup by Desiree Footé