Posted by Eyal Feldman at 12:55 PM No comments: 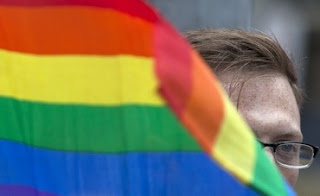 Muhammad Ludovic Lütfi Zahed, a gay French-Algerian man, is slated to open the first gay mosque at the end of November.

The Turkish daily newspaper Hurriyet first reported last week on the plan to establish the mosque. Zahed told the Turkish paper, “In normal mosques, women have to sit in the back seats and wear a headscarf and gay men are afraid of both verbal and physical aggression. After performing the Hajj, I realized that a mosque for gays was a must for gay Muslims who want to perform their prayers.”

The Jerusalem Post reported earlier this year on Zahed’s marriage to Qiyam al-Din, a South African, during a ceremony outside Paris in February, approved by an imam in France. The men had previously married in South Africa, where same-sex marriage is legal, but the French government under then-president Nicolas Sarkozy refused to recognize it.
The new mosque will not segregate men from women and will conduct joint gender prayers, noted the Hurriyet.Zahed told Hurriyetreporter Arzu Cakır Morin that “we will use a hall in a Buddhist chapel, which will be opened on November 30.”
French President Francois Hollande declared his support for the legalization of same-sex marriage during his campaign leading up to his May victory.
Earlier this month, tens of thousands of French protesters took to the streets to demonstrate against gay marriage and adoption.
The French authorities said 70,000 protested against same-sex marriage in Paris and anti-gay demonstrations took place in the cities of Lyon, Toulouse and Marseille.
The Catholic Church in France and conservative family associations oppose gay marriage. France currently recognizes civil union partnerships for same-sex couples.
Zahed, told the Hurriyet “we will start with Friday prayers, but we will perform marriages afterwards.”
Algerian law bars same-sex relations.
According to Article 338 of Algeria’s penal code, “Anyone guilty of a homosexual act is punishable with imprisonment of between two months and two years, and with a fine of 500 to 2,000 Algerian dinars. If one of the participants is below 18 years old, the punishment for the older person can be raised to three years’ imprisonment and a fine of 10,000 dinars.”
According to the British online gay news site Pink News, a court in London granted asylum in 2007 to a gay Algerian man because he could face persecution in Algeria. Pink News wrote “Gay activist group OutRage! has previously claimed there is a ‘serious danger’ of an openly gay man such as “B.” being murdered by Islamic fundamentalists if returned to Algeria.”
Click here for original Jpost link
Posted by Eyal Feldman at 11:14 PM No comments:

Gathering together loved ones for dinners are the glue that binds strong families and friends. The more you do it the more successful you all will be, honest. 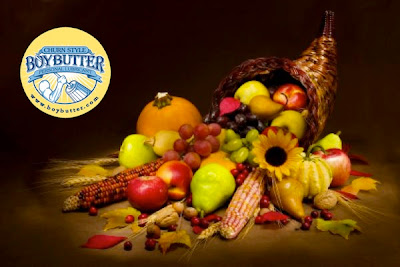 Boy Butter wishes you all a Happy Thanksgiving.

Posted by Eyal Feldman at 10:30 AM No comments: 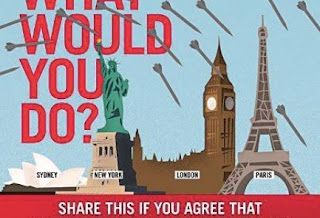 An graphic published by the IDF on its social networking platforms highlights
the rocket threat facing Israel. 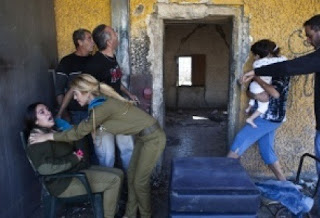 Residents of Kiryat Malachi react to a siren warning of incoming rocket fire.

Posted by Eyal Feldman at 12:38 PM No comments:

Check out the video of my recent 9 mile (14.5 km) lone, non-stop marathon swim from Lanai to Maui, which took approximately 5 hours to complete. This feat could not have been achieved without the proper support of others. I wanted to thank Captain Ryan Hall and his crew mate & fiancee,  Noni, for their patient work on the escort boat along with the safety crew, my parents, Amos & Esther Feldman and my partner, Brendan McGovern and of course all the supporters and donors who helped me to raise almost $9000 for SAGE. We were all successful in improving the community and raising awareness of the issues of elder LGBT adults.

Posted by Eyal Feldman at 11:07 AM No comments: 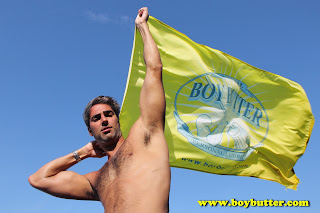 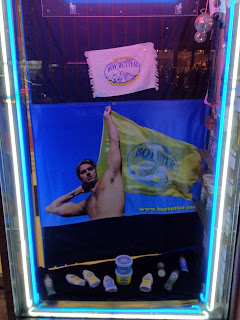 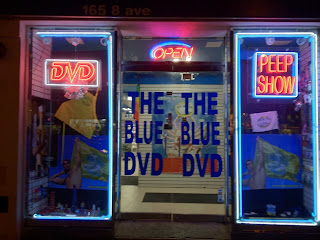 Posted by Eyal Feldman at 11:00 AM No comments:

Posted by Eyal Feldman at 12:36 PM No comments: 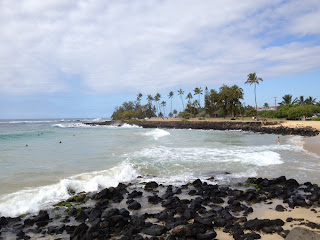 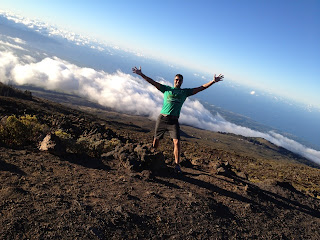 On top of the world Haleakala 10,040 feet elevation 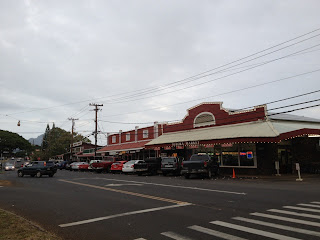 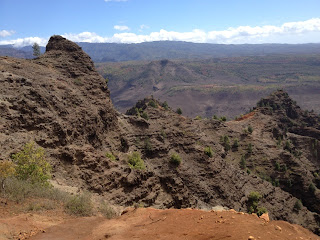 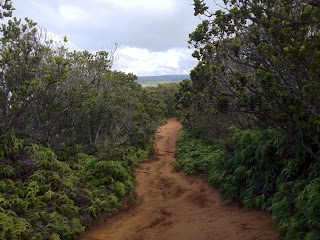 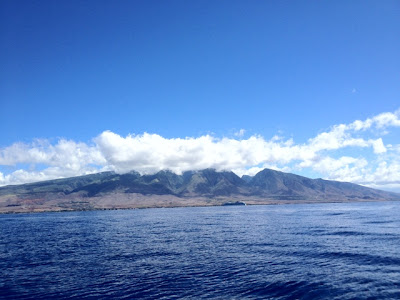 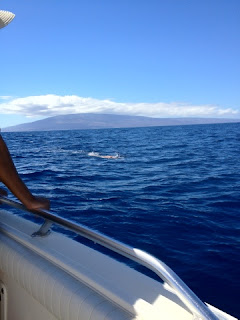 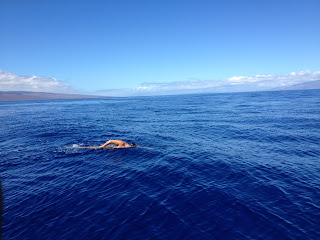 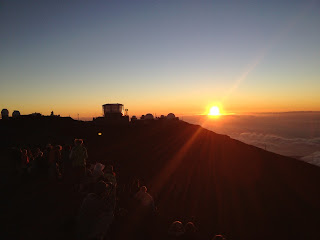 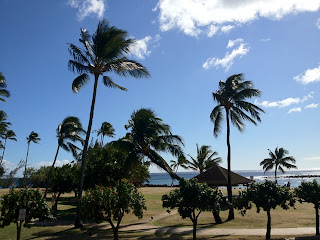 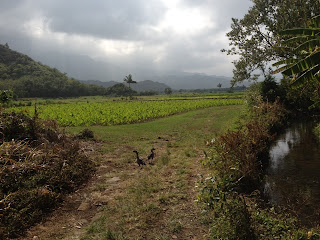 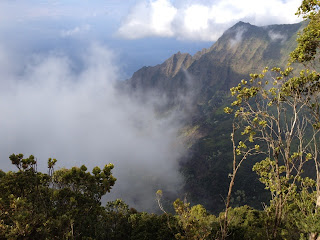 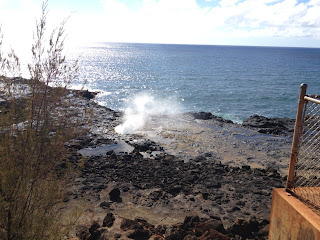 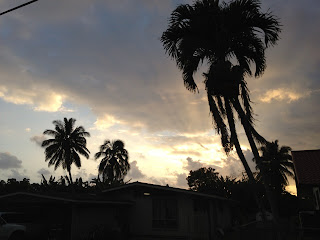 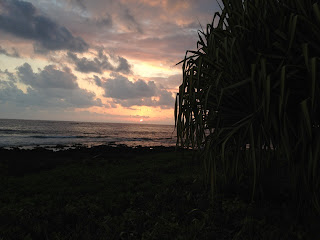 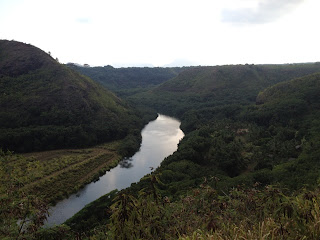 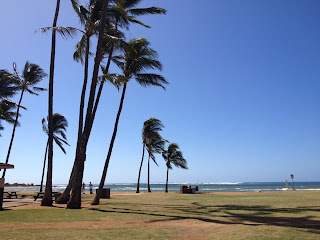 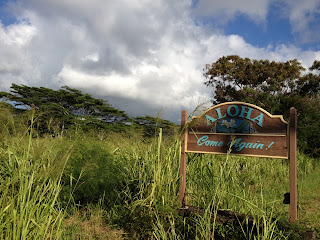 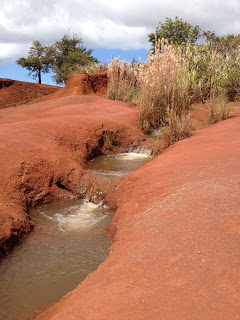 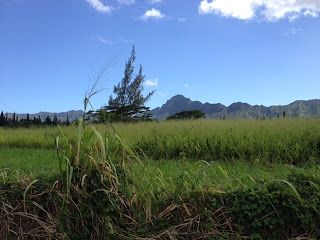 Mountain view in Koloa, Kauai.
Posted by Eyal Feldman at 6:49 PM No comments: