Take the Fussy Out of Your Bottom! 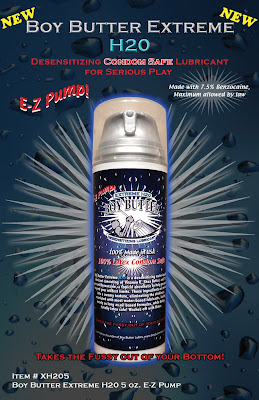 Fashion Teamers Lawrence Zarian, Daphne Brogdon and special guest, model and fashionista Donna Feldman, hand out fashion grades and the bitter truth at the Grammys Red Carpet! See stars like Carrie Underwood, Katy Perry and Jonas Brother's.
Donna Feldman is an internationally renowned super-model glamazon and she is bringing it back hard-core to TV Guide Channel's celebrity fashion show, Fashion Team.
By the way, Donna is my sister and she totally rocks on this show and she is poised, charming, witty, comfortable, classy and dressed to the nines.

BTW, I think the Jonas Brothers are kinda gay too.
Posted by Eyal Feldman at 5:06 PM No comments: 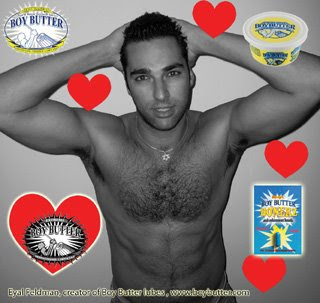 I have found a tremendous gift for yourself and/or your lover this Valentine’s Day. The creator of Boy Butter lubricants has come up with a fabulous sexual enhancement product that is both an aphrodisiac and a hard-on booster. It’s called Boy Butter Bonerz with Boy-Agra. It’s a clever name, because gay men are clever, and the creator himself is a gay man. Yes, that was a sweeping generalization, but c’mon now – we ARE a witty bunch, no?

Bonerz is an all natural male enhancement formula sold in a one-capsule blister pack that provides 36 hours of fun in a safe, effective herbal formula without “speedy” side effects.

“You won’t get a headache taking Bonerz,” BBL President Eyal Feldman told me. “It works within an hour of taking it and makes you feel like a teenager again, because you feel able to perform easily for up to 36 hours after taking it.” Plus, it is almost half the cost of prescription products like Cialis, Levitra, or Viagra. “This is a great compliment to our lubricant lines, because one feeds the use of the other,” Feldman said. In 2005, Feldman invented the first water based lubricant in a cream form. The formula starts off as standard water based gel lubricant but he adds vitamin E and shea butter - oil-like substances that do not harm latex and makes the lube 100% safe for condoms. As soon as vitamin E is introduced, he whips the formula into a creamy texture. Once in a cream form, it eliminates tackiness or stickiness and reduces the need for constant reapplication. Boy Butter & You’ll Never Know It Isn’t Boy Butter (a takeoff on that commercial: “I Can’t Believe It’s Not Butter”) has been mentioned or seen on popular TV shows such as Mad TV, The Graham Norton Show, The Daily Show, Logo’s Noah’s Arc, Saturday Night Live, E’s Talk Soup, Talking Sex with Sue Johansen, Showtime’s the L Word, and more.

Feldman was born in Israel and raised in U.S. since he was three. He conceived the idea for Boy Butter Lubes at the age of 24 while studying Spanish and playing water polo in Barcelona in 2002, training and participating in Gay Games Sydney 2002. Feldman lives with his boyfriend Brendan McGovern. They are celebrating four years together this March. They are both fierce activists for marriage equality.

I was first introduced to Bonerz while attending two of the last leather/fetish fair celebrations here in EssEff. I went home and tried it to my great satisfaction. Then I decided to conduct my own personal little survey among friends and “friends with benefits” (okay: fuck buddies) to hear their reactions. Not surprisingly, they all had nothing but super-positive opinions. Not every guy in my survey had a challenge with erectile dysfunction, but some did. Not every guy practiced recreational substance use, but some did. Those in the latter category reported a noticeable change in what is known in druggy circles as “crystal cock” – a frequent hazard encountered when using peppy powders. Some in my survey had no E.D. troubles and no use of recreational drugs’ but they did notice a measurable increase in libido and stamina. Even if you are enjoying a good sex life, you will not believe the added boner bonus!

You just take one capsule an hour before an expected hook-up, and you’re good to go over a period of 36 hours. Men of all ages improve sexual potency and performance. “Try it,” said Feldman. “It’s the best sex you’ll ever experience. I promise!” He doesn’t lie.

How not to resign from a job.
Posted by Eyal Feldman at 9:00 PM No comments:

Boy Butter proudly welcomes Israel to its list of International Markets. We promise to fight friction and keep Kosher style! Check it out Boy Butter in Hebrew at, sexyshop.co.il 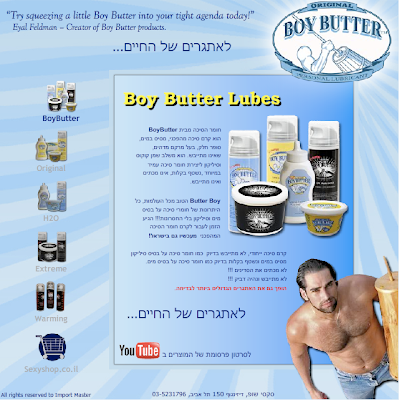 Posted by Eyal Feldman at 6:17 PM No comments: 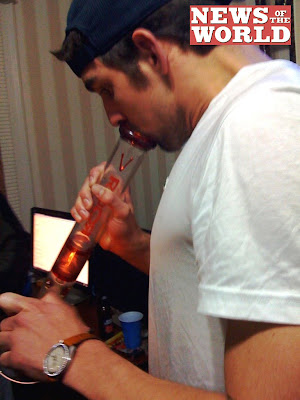 I am more shocked by the level of comfort he has wearing a woman's wristwatch. Check it out here!
Posted by Eyal Feldman at 12:52 PM No comments: