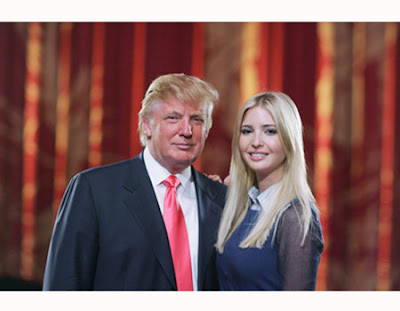 Judaism is getting a boost from a surprising direction – Ivanka Trump, daughter of business tycoon Donald Trump, has decided to convert to Judaism in honor of her engagement to her boyfriend Jewish businessman Jared Kushner.

The 27-year-old former model and current vice president of real estate development and acquisitions at the Trump Organization, is considered to be her father's business heir.

Trump has successfully joined her father's real estate empire and announced on Wednesday that she would be heading a project to build a Trump luxury hotel in the Israeli Red Sea city of Eilat.

Trump and Kushner plan to get married some time next year, and following her husband-to-be's request, Ivanka has begun the conversion process at the Kehilath Jeshurun Synagogue in Manhattan's Upper East Side.

Twenty-seven-year-old Kushner is the perfect match for Trump – just like his future wife he was born into an economic empire, as his father, Charles Kushner is a wealthy entrepreneur and real estate mogul whose capital is estimated at billions of dollar.

The family's assets include the prestigious newspaper, the New York Observer, which Jared has been running for the past few years.
Posted by Eyal Feldman at 12:23 PM

Does she realize it takes about two years to convert? I'm surprise she's decided to go the Orthodox route.


Aha! Ivanka may be converting for love but I wrote about lying for it in my newly released novel, THE SHIKSA SYNDROME, about a Jewish girl who pretends to be a shiksa to catch a Jewish guy. Seems it kind of works :) Check it out:
http://www.amazon.com/Shiksa-Syndrome-Novel-Laurie-Graff/dp/0767927613/ref=pd_bbs_sr_1?ie=UTF8&s=books&qid=1226801153&sr=8-1
www.lauriegraff.com.