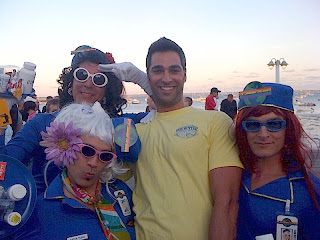 Provincetown, Massachusetts where anyone straight or gay, can have a wonderful time.
Full of almost 400 years of history, where the first pilgrims landed in N. America in the 1620, to the early twentieth century where Tennessee Williams would hang out with the boys and grab a drink at the at the Atlantic House the country's oldest gay bar. Now in the 21st century families mingle with drag queens and Lesbians to crowd the fishing vessels to go whale watching. Some just take stroll down Commercial Street with it's festive Mardi Gras style festivity or take a balloon ride from the Tea Dance, like this poor kid below, who should have let go sooner.
Anyways,
XOXO from Boy Butter in P-Town 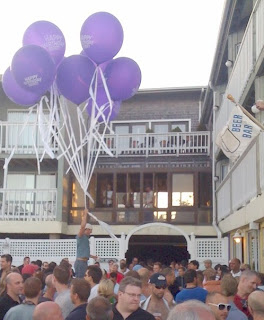